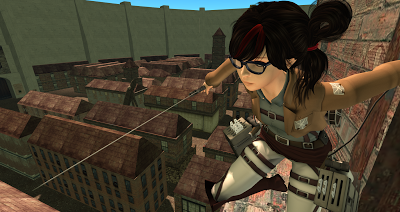 Has anyone seen the anime line-up this season? If you have, then it's no surprise that the title of the year seems to be Shingeki no Kyojin (Attack on Titan). It's bloody, brutal, beautifully animated, and tends to make you pray for your favourite characters like one would in Game of Thrones. It's easy to see why the world seems obsessed with this series (despite my preference this season for Hataraku Maou-sama! instead, but let's not get into that), because it really is the Game of Thrones of the anime world: surprisingly enough, without any fanservice. That's right, folks. While the Titans are nude, they have no genitalia and this series actually does not exploit it's female characters, since everyone is dressed in the same uniform, and there's no crotch or boob level shots as the focus of this series is on the story and characters.

Not to say this series is perfect. Far from it. But it's good fun and I like watching people cringe and scream while watching this (which is why I attended the marathon of it during convention), and Second Life store *Edelweiss* has managed to gather all the fans of this series into one place on our SL community... Wall Edelweiss. 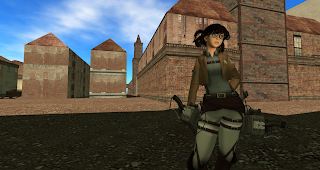 I'm currently wearing the trainee uniform (which is free!), equipped with the 3D Maneuver Gear (NOT free) that allowed the characters to soar through the skies like spiderman, safe from the reach of Titans out to eat you. If you buy the uniform, you get a choice of trainee, ReCon, Military Police, or Stationary Corps. I'm currently sticking with trainee until I get enough finesse to take down 100 Titans, and then I'm going to graduate myself into the -- you guessed it, Recon Corps! Yeah, yeah, that's where everyone goes, we get it. Even with a death rate of... what, 30% each mission? But then, the amount of times I've died today in training... 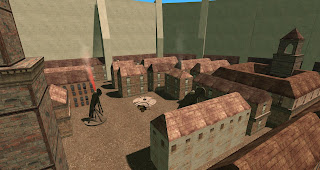 There's something quite satisfying and terrifying, though, about the little training area that Edelweiss has created for people to play in. I usually recommend the beautiful places in Second Life, but Wall Edelweiss is good fun. They've got the training cut-outs, but if those cut-outs target you... run! Well, fly. And pray someone's got an assist for you.

What keeps me playing, though, is the promise of more free items after certain amounts of kills: a potato (haha) for 10, a series of poses for 100, the green cloak at 300 kills, and finally Mikasa's red scarf for 500 kills. I really suck at killing Titans, so I've barely gotten the first reward -- but I'm working my way up there! 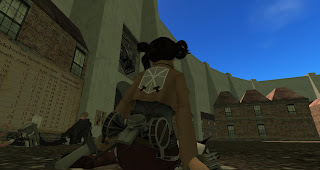 A word of advice on killing Titans: if you miss, depending on how close you are, leave as fast as you can or keep hitting the target until your blade dulls... and your blades will dull fast. But hey, that's what they said happens in the series as well. The detail on the gear is amazing, and there are quite a few animations included for flying through the air, falling, landing, running, attacking, etc. I've certainly spent hours at this place just honing my Titan killing skills (I'm terrible, but lately I've been killing at least 4 before I die -- need to figure out a way to not die and I'll be set!), and this place is certainly busy all the time. Lots of players flying through the air and attacking Titans, at least we can say that if Second Life ever gets invaded, Wall Edelweiss is going to stay intact! 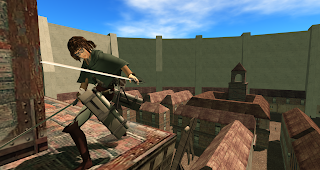 Last little tidbit -- the entire outfit is mesh, and for me there's a little bit of clipping around the area where the shoulders and neck meet, but that's easily covered by a scarf, cloak, or even long hair. However, I can't seem to justify long hair to myself since that seems such a hindrance unless it's tied up and out of the way. All the characters in the show are soldiers, after all, and it's dangerous enough in fights without having to worry about whether your vision's been obstructed by hair. All of the pictures here came straight off SL without any edits whatsoever, so yes, what you see is what you get!

Overall? While the training area has a lot of boxy buildings that may seem rather simple, this place is really fun and the details are there when you need it. (I forgot to take pictures of the nice little niches within buildings where there are tables and chairs and pretty plants and sunlight for photoshoot areas.)

Keep up the fantastic work, Edelweiss!

(For people who actually don't know Attack on Titan, have a fantastic trailer!)

Posted by Shamera Kohime at 7:02 PM 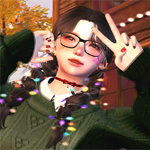 Shamera Kohime
Registered back in 2004 from curiosity when the NaNoWriMo forums talked about hosting online write-ins. Sadly, as the years went on, technology continued to evade me so I was on and off Second Life as I went. Most of what I like to do? Shopping, role-play, and exploring the beautiful locations online.